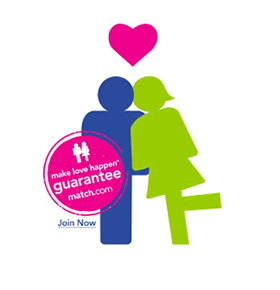 Ok girls, so we’ve all been there; all of your girlfriends are either engaged, already married, or having babies, and you are the last one of the group that is still single. It would actually be fine, if it wasn’t for all those sideways glances from your partnered-up friends, or that classic line that they always use; ‘aww you’ll find someone!’ Forgive me but, what is actually wrong with wanting to be single, as opposed to bearing the chains of commitment and matrimony?! Clearly the modern woman choosing a career, independence and wanting to see the world over finding a husband and popping out children mean that there is something genetically wrong with her.

In a highly pressured contemporary society, where, despite all the feminism and equal rights, it is still frowned upon that heaven forbid you might actually enjoy being single, and feel like doing something other than developing into a baby-producing machine!

Nevertheless, the constant nagging of your coupled friends eventually gets to you, and then comes the moment when they start name-dropping ‘match.com’, into any possible conversation gap. Then there’s the close friend, the one in a million, who actually managed to find a decent single man on there, and the fact that they have now been together for around three years and have a mortgage together still isn’t quite a strong enough statistic to convince you to join…or is it? Let’s be honest, when all else fails, and you really NEED a date for that wedding that you can’t possibly attend whilst single, match.com starts to look like a much more attractive option.

We may as well call a spade a spade- match.com is essentially a cyber meat market… or a rather jam-packed clothes rail, which closely resembles the disorganisation of a TK Max- brimming to capacity, but you have to rummage through the rubbish in order to find the rare bargain items that other people have simply either overlooked, or couldn’t be bothered to spend the time to find.

Admittedly, the website is a good way of breaking down any confidence issues that you may have, as obviously there need be no awkward moment of approaching someone in a bar, palms sweating and wondering whether or not you have a chance of getting their number; you simply upload a photo of yourself, write a little bio, and wait for the ‘winks’ to come flooding in…or at least hope that they do!

Unfortunately, the service provided by the site is not free, and therefore you have to hope that people, such as yourself, who are willing to pay for the service, are equally serious about meeting that potential ‘one’, as opposed to using match.com as a means of stalking or otherwise whittling their bedpost down to a toothpick.

The standard initiation of the site means that inevitably, you will receive winks from heavily bearded men, who are at least fifty plus, therefore slightly delusional, and definitely greying! You need not be put off by such behaviour; it gives the over fifty bracket an ego boost, and you can simply go through your profile options to omit these Wrinkleys from your search results in order that they won’t be able to view your profile anymore…and prevents them from any further winking!

In order to be secured with a chance of success on match.com however, the best way is to give yourself a standard, but relatively wide search bracket; eg. Men aged between 23 and 30, within a 30 mile radius of (insert location). You can then keep this as your standard search, in order to check back regularly for any potential dates that may wink your way.

The first time you spot a potential date is always a little un-nerving, but the best thing to do is to send a wink straight away. If you receive a wink back, then that’s the green light to send an email and start a little conversation.

This is a good point at which to sidestep another landmine; there will be guys on there, who feel that it is perfectly socially acceptable to send you their first email which simply says ‘so, what is your favourite position?’ This. Is. Not. Acceptable…and unfortunately does happen.  Admittedly, being an old romantic at heart, I feel that hoping to meet someone online (ok fine, as  a bit of a last resort),  does not mean that romance and gentlemanly manners should be completely obsolete. Any emails which read as above should therefore be ignored, and these types of men also removed from your searches… along with the bearded Wrinkleys of course.

This brings me along to my next point; there will be an initial surge of seemingly promising potential dates, when you first join the site. Think of it as being the new girl walking into an all boy’s school and you will have an inkling of what I mean. They all start emailing and seem like Mr. Perfect, so much so in fact, that you can barely believe your luck at finding someone so nice so quickly. The scenario is always the same; you start emailing and like each other, swap numbers and still like each other, and so the inevitable question ‘do you fancy meeting up’ pops into the equation. At this stage, I would strongly suggest caution! Hear speaks the voice of experience, as I have had two particularly embarrassing encounters as a result of match.com;

In the first instance, one of the disastrous encounters was from a seemingly nice guy from Bournemouth. (At this point I will omit names for the protection of personal identity!). He seemed lovely, and we agreed that we would meet up and go to the cinema to watch the then new film ‘Australia’, starring Hugh Jackman and Nicole Kidman. So, he drove to my hometown, and we met in the high street, where he would then drive us to the cinema. First point to note- ‘oh my god, he looks nothing like his profile picture.’ Second point- ‘oh my god, he laughs at everything that I am saying…and most of it is just general chit chat, without me even attempting to be humorous.’ Third point to note (which was only discovered and largely confirmed throughout the course of the evening), ‘oh my god, this guy clearly hasn’t realised yet that he is as gay as the day is long’…this last point was noticed mostly due to the fact that he enjoyed the Hugh Jackman topless throwing a bucket of water over himself scene even more than I did. 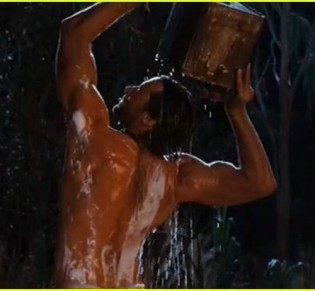 So, side stepping said date, we managed to avoid the awkward conversation of ‘can I see you again?, and it was back to the clothes rail of match.com to try on something more fitting.

My second experience in actual fact far outweighs the first, in terms of embarrassment, humiliation, and the loss of complete hope that there is in fact someone out there for everyone.

I got into contact with particular match number two, after a rather charming email. Having previously been adamant that the rare breed known as ‘gentleman’ no longer existed, match number two’s email seemed effortlessly charming, and had me completely under his spell. So when he suggested that we swap numbers and began texting each other, I agreed, continually lulled under his charming veil.

When he progressed to suggesting that we meet up, whilst still dazzled by charm, I was more reluctant, but agreed that yes we should arrange a date on which to meet up.

It was only at what happened next that alarm bells started ringing.

A day like any other, and I began my morning routine of getting ready for my waitressing shift at the local hotel. My phone vibrates. I pick it up and receive a message from perfect match number two, simply saying; ‘Guess where I am?’ I text back the obvious reply, ‘Where are you?’, to which he replies, ‘Standing in your high street in your home town.’

Bearing in mind the fact that this particular guy was from Gloucestershire- a none too easily commutable distance of eighty miles away, needless to say I was slightly taken aback that he had travelled so far to meet me, when we had definitely not arranged yet to see each other.

Slightly shell-shocked, I simply responded to the message by saying ‘but I am working all day today’, to which he seemed completely un-phased and messaged back ‘oh yes I know, I am just hoping to catch you for half an hour between shifts.’

So, looking over my shoulder all day, I made my way to work, palms sweating slightly and feeling a little like a test subject in a two way mirror, until the time came for my break. I stepped out of the the hotel, and literally bumped straight into him.

His northern accent babbled rather loudly at me ‘Hello, let’s go for a coffee!’

In order to try and cast aside my reservations, I mean this guy had travelled eighty miles to meet me, I thought that I had best try and make a little bit of effort, despite only having half an hour of my break in which to chat to him. He chatted effortlessly enough to me, but I couldn’t seem to shake off the feeling of a stunned rabbit in headlights.

When he paused for breath and I could finally utter the question ‘how did you get here?’ (he had mentioned previously that his car was broken), he answered ‘three trains, two buses and a taxi,’ as though it was the most natural thing in the world! He then went on to say how he had had a ‘lovely day mixing with the locals, following a little tourist map around my hometown, and waiting for me to finish work.’ Clearly at this point, keen was definitely NOT the word!

As my half an hour break came to a close, he offered to walk me outside, where he had to catch a taxi back to the train station anyway. As we parted ways, he reached into his pocket and pulled out a little wrapped gift with a ribbon on it. ‘This is for you’, he said, ‘sorry it isn’t jewellery, but don’t open it until I have gone.’ (yeah, like jewellery was what I was expecting!!)

Once he had pulled away in his taxi, I none too hastily unwrapped the gift and was left rather speechless at its contents, and not in a good way! Inside were a handful of assorted fruit teabags, along with a note which read ‘Dear Becky, I know that you enjoy coffee, but thought that you might like to try these assorted fruit teas from Norway. If they are not to your liking, give them to your grandmother, and she can think of me when she drinks them…’

Needless to say, I didn’t text this particular guy again, though he managed to further make my palms start sweating, by emailing me to say ‘I would really like to see you again, I know we live eighty miles apart, but I don’t think that distance should stand in the way of true love…’

Immediately, match number two also got blocked, along with the bearded Wrinkleys!

Whilst I am sure that there are a great many people who have found love via match.com, my aforementioned friend included, the realisation that match.com was simply not for me wasn’t far away following my experience with match number two.

Not that I am in any rush to find love, I am happy to keep my options open for people that I may meet in person, and be able to have a conversation with…and who aren’t fifty with a beard that you could lose a badger in.

And anyway, speed dating is as yet an unexplored option…