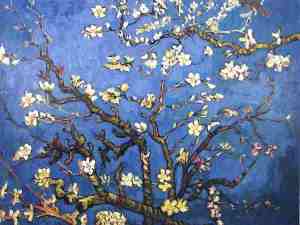 I thought that Grandma’s ashes would be grey, or black, like charcoal at the bottom of a fire. I didn’t expect them to be the colour of mud. It smelt like it should do though; like Bonfire Night without the whiff of greasy chips and wet grass.

They came from the undertaker in a cardboard box like a new pair of shoes. Mum carried the box on her knees as we drove to the Thames. I grew up near Henley but we went somewhere quiet, ‘somewhere I have never travelled’ and I listened to old rock ballads on my iPod while there were jokes about Grandma being quiet for once. We stopped outside a village church to the sound of construction work. When Mum opened the box like a present, instead of shoes there was a paper bag weighed down like a poop-scoop bag ready to be chucked into a red metal bin. She closed it, and we walked towards the river.

I should have worn black like I did to the funeral, but I kept my face down and my hands in my hoodie pouch hoping that the joggers wouldn’t look. I felt disrespectful, somehow, like I could have at least have brushed my hair.

We found a bench and waited for silence. I said the trees looked nice, Mum said Grandma used to have hair that colour. It was a wide part of the Thames and Dad said this was where they held the regatta. I couldn’t hold the bag of dust; my Aunt did it in the end; she tipped the bag until there was a spreading brown cloud underwater. The ashes billowed and lingered, but a fine layer of grey skimmed the surface like a sprinkling of dirtied snow spelling an indecipherable message.

The wind picked up as my Aunt shook the last of the bag and the ashes flew around our legs. It occurred to me that the dusty remains would now be trampled underfoot, cling to our hair and be washed down the drain the next morning. I felt like I had breathed it in, like Grandma was clinging onto my gloves and although I had been saying she was inside me, metaphorically, I couldn’t bear the literal meaning. I didn’t want her dead skin cells on my fingertips to be eaten next time I was nervous. All of her was meant to be in the river with Grandpa, except for the little part of me that wished she would watch from the Heaven I didn’t believe in: Watch me keep her precious books, ‘anywhere i go you go, my dear; and whatever is done by only me is your doing’, and watch me as I endorse her ethos.

A man in a boat came past, pushing his oar into the spreading brown haze and dispersing it further.

My Aunt hugged me and we walked the short distance down the muddy footpath towards the car, ambling and quiet. The smell of charcoal stifled me still, even as the car rumbled through the countryside and the family began to fill the confined space with idle chatter. The cardboard box and paper bag were to be put in the recycling bin, ‘for life’s not a paragraph and death i think is no parenthesis’.