I haven’t written any ‘Clumsy Guides’ in a while…I assure you that there is a good reason for this… in fact, there are many good reasons…

It all began approximately six weeks ago, when my master’s degree got into full swing and I found myself averaging nine-hour days, Monday to Friday, with a shed-load of reading and research to do outside of lecture time. In addition to the long days and the reading and the research, add the preparations for two assessed projects, four assessed essays, something called a ‘Professional Development Portfolio’, time to eat, time to sleep, time to nurture developing relationships with new found friends and time to maintain relationships with old friends, time spent calling my mum and checking up on family, time spent going to church to confess to the amount of frustrated swearing I end up doing every week (thanks to my busy timetable) and time spent either with my housemates or trying to clean up our house, the latter of which becomes increasingly futile as a pursuit because no matter what I do it always look like a bomb has hit it.

Needless to say, something had to give. The thing that has given, so far, has been The Clumsy Guide. Don’t get me wrong, it is still a very enjoyable past-time, but in the grander scheme of things it comes pretty low-down on the importance scale. That is not to say that I haven’t been engaged in numerous situations worthy of extensive Clumsy Guide coverage, because I most definitely have, I just haven’t had ample time to write anything.

Currently, my head feels like it is filled with concrete; there are so many things churning around in there, so much work and so many worries and anxieties, that I feel like I might just explode. I imagine anybody in a similar situation would feel the same way and, as I so often tell myself to do, I need to just suck it up and get on with it (perhaps a re-read of The Clumsy Guide to What to Do When You Don’t Know What to Do is in order…). However, for the sake of my own sanity and to help fill the massive void of The Clumsy Guide, I thought I would just give a brief run-down of recent things which fill me with embarrassed shame and I hope you shall all avoid doing, lest you end up looking like me…

1) While attempting to be a creative person and be amongst other creative types, I have realised that the word ‘creative’ has become bereft of meaning; it can be used to indicate anything, from an act of imagination to a moment of temporary insanity – those two not being mutually exclusive. Ergo, my moments of creativity and my moments of insanity can be interchanged at random and nobody would be able to tell the difference. This irritates me greatly and I am now fully aware that any given moment in my life is nothing more than a moment of temporary insanity, thus it seems to me to be not so temporary and I am therefore insane. *Sigh*

2) Musically, I am somewhat of a pariah. While trying to influence the play-list at a friend’s birthday party recently, I was told my song choices were comparable only to the days when the Smurfs were releasing albums. I would object to this except that my love of the Smurfs has left me with a dichotomy: I want to defend their little blue musical talents but then that would grossly undermine my own current musical tastes; therefore I have to shut up and let my contribution to the play-list be rejected. Damn those Smurfs and their multi-talented ways.

3) I attempt to recall a funny incident that happened to me earlier this week only to realise, half way through, that I have missed out a vital piece of information and going back to fill in the gap will only make me sound like an incomprehensible buffoon. I fill in the gap anyway, the anecdote is thirty seconds too long and my friend doesn’t laugh. I have become the incomprehensible buffoon I feared I would be.

5) I meet a good-looking Frenchman and impress him with my language skills. I am making considerable progress towards asking him for his number when a very attractive Frenchwoman appears, announces that she is French and heard that this man was also French, so she just had to come and say hello. They begin speaking French beyond my comprehension and sexual chemistry ensues. Curse myself for not speaking better French and slink off to find more alcohol.

6) Have a conversation with a friend I secretly think is an elitist pig. He insults my intelligence, I slap him – I have been waiting for a good reason to slap him anyway. A second later I feel guilty and apologise profusely. Curse myself for feeling guilty and apologising when he deserved it. Argh.

7) My favourite pair of jeans have recently started getting a bit too tight around the midriff… pay slightly more attention to the state of my friends and colleagues and realise they are all in better shape than I am. Decide to go on a healthy-eating, better-fitting-jeans diet and lose a few pounds. Later that night I forget about my diet and tuck into a massive plate of cheesy pasta. Damn it all. 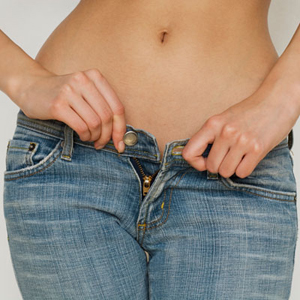 8) I try to look cool in my lecture by picking up my folder in a “toss it into the air and catch it all casual-like” kind of way, but end up throwing it into the air and having the corner of it hit me in the nose. I walk around with a sore, red nose for a few days and realise I am neither graceful nor cool…and probably never will be.

9) Try to poach an egg for breakfast and end up accidentally cracking the raw egg onto the bread. Curse myself and try to get around this by putting the egg-soaked bread into the boiling water in the hope that it will turn into poached egg on toast. The bread disintegrates and I am left with a saucepan full of mush. I try to drink it and it tastes vile. Throw it away and then realise I don’t have time to try making anything else to eat, so I go to my lecture hungry. Spend all morning in a small, quiet room with my course mates and lecturers listening to my stomach making groaning noises.

This is by no means an exhaustive list of all my tomfoolery. Nor is it particularly revolutionary in style or substance. However, it does provide a perfect example in reference to the title of this edition of The Clumsy Guide: Time Management. Yes, dear reader, the above is a perfect example of how to make a suitable contribution utilising maximum effort with minimum time spent.

What you must understand is, right here and now, I am sitting in my attic room contemplating how to turn a terrible play which I wrote late last night into something worth presenting to my lecturers on Monday. I am also wondering how I am going to define and then answer the essay titles for my four assessed essays, with the intention of writing essay plans to show my lecturers next week. I am also anxious about the amount of money I currently lack and the amount of stuff I still have to buy before my life is complete, (the next instalment of the guide will probably be finance-based, as I am terrifically bad at keeping track of all my money and where it goes). Therefore, my time is being considerably stretched by all the stuff I need to do and, though I enjoy writing for Splendid Fred, I have to be realistic about what I am capable of.

There we have it: today’s lesson and this instalment’s message to all you time-restricted members of the interweb out there is be realistic about what you are capable of. I don’t have time to do much right now – not even the things I want to do, like lie in bed in the morning fantasising about men with moustaches – but with the little time I have, I am trying to do as much as possible to the best of my ability. I might not get everything done, but at least I tried. Plus I know that I am in a much better position than I was six months ago, when unemployment and general malaise had overtaken my life; I am actually doing something with my time and it may end up being worth all this stress.

Only time will tell… unfortunately, time is the one thing I don’t have enough of and I have already spent a large part of writing this daydreaming about cupcakes. Time is telling me to get the hell on with it!