According to AA Route Planner, London’s O2 Arena is exactly 114.6 miles from my home town in Shaftesbury, Dorset; a resulting estimated travelling time of 2 hours and 46 minutes, by car, to our destination to see Rihanna performing her second show of her worldwide Loud tour. With the doors of the event opening at 6.30pm, and the support act, Calvin Harris, not starting until 7.30pm, we figured that by leaving Dorset at 4pm, we would have plenty of time to get to London before the show…or so we thought.

I guess I should have known that disaster was imminent from the off really; the three of us, (my best friend Donna, my younger sister Alice and myself) sitting excitedly in Donna’s car, putting our destination into the satnav. Apparantly, with said satnav, the postcode SE10 0DX directs you not to London, but to The Isle of Dogs…(what the hell?!!), needless to say, we soon rejected that satnav in favour of my slightly newer ‘Emily’ the satnav, who managed to correctly identif the aforementioned postcode, as that of Greenwich London. So, with Now 79 blasting out of the CD player, we hit the road.

After a good hour and a half’s drive, and making good time, we decided that a necessary pit-stop at Fleet Services was in order, to fuel up on caffeine and sugar. It was at this point, that Donna realised she had forgotten her cardigan, which was in fact now sat on my kitchen table. Again, this should have been another indication that disaster was looming over us, but the excitement at seeing Rihanna in a few hours was enough of a distraction to overlook this seemingly simple omen of impending catastrophe.

About an hour later, we were in London, still with good time to spare, on target to reach the O2 Arena at around 7pm; still plenty of time before the support act started. 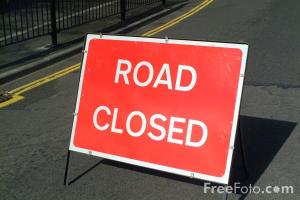 As a result, the three of us, along with Emily the satnav, who was getting closer and closer to being thrown from the window of the stationary car (as a result of the sheer volume of traffic), spent an hour travelling a total of 2.6 miles…

It was during these interludes of barely moving in the car, that we noticed even heavily bearded homeless men, who passed the car at numerous points, were in fact travelling around London, on-foot, a lot faster than we were!

Admittedly, the temptation at this point to pull up on the pavement and simply abandon the car and run to the O2 Arena was becoming an increasingly attractive option! I must also add that by now , we had already missed the start of the support act and it was now about 8pm. I can safely say that had we had a swear jar anywhere onboard, it would have been literally overflowing with coins!

Emily the satnav was now receiving an ear-burning torrent of abuse, not only because she had directed us straight through the middle of London, but at the frequent ‘Road Closed’ signs  which we came across, she would simply inform us to ‘make a U-turn where possible’, and direct us in a large circle, before attempting to re-enter the same road that was closed…stupid Emily the satnav!

(Queue another torrent of abusive words, slightly stronger than buggar!)

In our growing frustration at now looking extremely likely to miss not only Calvin Harris, but Rihanna herself, the only thing that I could picture in my head, was a Friends episode where Chandler, Monica, Joey and Rachel are discussing their time in London in front of phoebe, and Phoebe simply interjects; ‘London is stupid! Stupid London!’

Following another twenty minutes of simply stopping due to the volume of traffic, Donna started chain-smoking like there was no tomorrow…and I have to admit that I was severely tempted to start smoking right there and then! With the driver’s window open to let out the increasingly frequent clouds of smoke, Donna started yelling about how desperate her need for the toilet was, and that if we didn’t reach the O2 Arena soon, she would have to recycle her Starbucks cup. Now, whilst Starbucks take-away cups may be much more soft, strong, and absorbent than other Styrofoam cups, I was insistent that we simply wait until we arrived at the O2 and were able to use a toilet and actual toilet roll! We suddenly heard hysterical laughing to the right of us, only to notice a white van with two guys staring into the car, whose window is also wide open…apparantly not only were we lost in London, but our misfortune was also entertaining to other drivers! 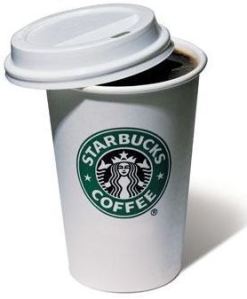 The time was now 8.40pm, and with Rihanna due onstage at 8.45pm, and none of us wanting to admit to the almost certainty that we were in fact going to miss the concert, we were all contemplating finding any bar, and drinking ourselves into an alchohol-induced coma.

A few minutes later, by some miracle, or divine intervention, signs for Greenwich, London, and the little brown O2 Arena logo magically began to appear on signposts and we sped towards our destination, with the seconds ticking past ever faster!

Swerving into Car Park 1 of the O2, we abandoned the car in the closest parking space we could find, and ran into the Arena, looking none too fresh-faced after our arduous almost 5 hour journey to get there!

Again, by some miracle, as we were using the toilets, not recycling a Starbucks cup, a voice on the loudspeaker announced that ‘Rihanna would be starting in five minutes time.’ Thank God we hadn’t missed her! 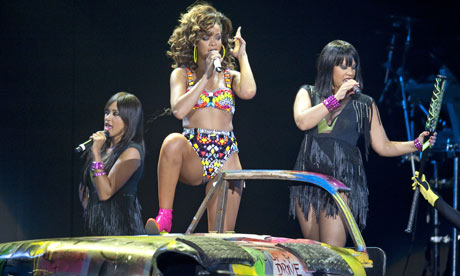 As we filed into the dizzy heights of where our seats were (attempting not to look down at the sheer drop below us!), I realised that my seat was positioned right next to a group of girls, who could only have been dedicated followers of The Only Way is Essex; complete with tangerine coloured skin, greased back hair piled high in a bun on the tops of their heads, and earrings so large that they could have sunk the Titanic!

When the show finally, started, it was absolutely fantastic, and well worth missing the support act for. Rihanna put on an amazing two hour show, and was relentless throughout the performance.

Scantily clad throughout the concert, Donna, Alice and I could only sit green with envy that Rihanna was not only flawless in her singing performance, but also in her presentation as well!

After watching the concert and also acting like traditional groupies and buying Loud Tour t-shirts, we stupidly became lulled into a false sense of security that now we had made it to London, getting home would be a breeze…right?!

Apparantly, following her torrent of abuse on the drive to London, Emily the satnav was determined to punish us on the journey home!

Not only were we once again re-directed straight through the centre of London, complete with many diversions following the same road closures that we had encountered just a couple of hours before, but half an hour from home, Emily the satnav decided that it would be wise to take us along the A303, complete with ‘Road closed overnight due to maintenance.’ This being the only direct road back towards Shaftesbury, we decided to give Emily the benefit of the doubt, and follow her suggested re-route, which then took us in a half an hour circle, only to come back to the A303 at exactly the same closure point!

Taking matters into my own hands, I relieved Emily the satnav of her duties, resisting the urge to throw her out of the window into the bushes, and shoved her none too gently into the glove compartment. Luckily, we managed to find a different route back. Dosed up on rather a lot of Relentless and cigarettes, Donna’s eyes at this point resembled that of an owl that had been on an IV of energy drinks for the past 9 hours of driving!

Literally a few miles outside of Shaftesbury, Donna’s fuel light came on, and so crawling up the hill to Shaftesbury, we pulled straight into the petrol station, where we somehow managed to pile out of the car, to the only petrol pump that was out of order.

Oh. My. God. Surely nothing else can go wrong?!

Having left the O2 Arena at 11.30pm, we managed to arrive back in Shaftesbury…at 4am…rather an epic twelve hour since experience since leaving Shaftesbury at 4pm the previous afternoon!