So, who wants to see more? Who else fancies a bit of Rooney smashing one over the top of his head from Row Z? Or Arsene throwing another tantrum (and the conventional water bottle) from the touchline? Or maybe watching £50 million burn in a pool of torched Russian oil is more your thing? Well unfortunately, the players have to go sit on some beach in the middle of the Med, surrounded by bikini-clad models, while sipping exotic cocktails and being fanned by suited and booted butlers wearing paper masks of their managers.

The 2010/11 season has truly been a memorable one. Never before can I remember so many thrilling matches, shock results and cup upsets all whisked into one delicious term. From United’s August revenge over Chelsea in the Community Shield, right through to the most humbling performance by any one football team I’ve had the privilege to witness, you just couldn’t keep your eyes off it – unless you were a West Ham fan. 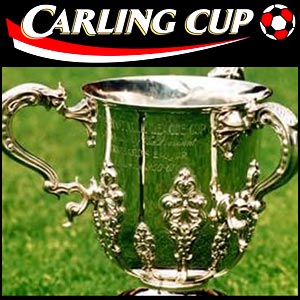 Let’s start with the season’s first piece of lifted silverware. Wembley Stadium – Arsenal versus Birmingham City. At this stage of the year, the Gunners were still aiming for the clichéd ‘Unprecedented Quadruple’, while Alex McLeish’s men were fast becoming submerged in a relegation battle in their second consecutive top flight season. Fortunately for the Blues, while Arsene Wenger’s team know how to pass the football, it’s yet to learn the art of placing it over the white line between the opposition’s posts. Despite Van Persie cancelling out Zigic’s opener in the first half, Arsenal couldn’t find their winner and some lamentable communication between Koscielny and keeper Szczesny paved the way for late substitute, Martins, to etch his name into City folklore. So much for the old Quad then, Arsene. Maybe knocking Barcelona out of Europe would prove a simpler task (chortle).

The Rise and Fall of Chelsea:

In recent years, the Premier League title race simply has not failed to deliver. But after Chelsea’s sensational Double in 2009/10, their title defence seemed all but a formality, as Carlo Ancelotti’s Pensioners romped to five straight wins in their opening fixtures, scoring 21 goals. However, the baffling, untimely release of assistant, Ray Wilkins, seemingly threw the dressing room into chaos and coincidentally (yeah right) coincided with a run of games that saw the champions earn just 9 from 27 points between October and the New Year. The door was thrown wide open for United and Arsenal.

Back to the Old Days:

The pundits were left with the romantic prospect of a renewed title rivalry between the League’s original top two. The Red Devils, despite their horrendous run away from home, established an early advantage with an imperious record at Old Trafford, consolidated by their narrow victory over Arsenal mid-December. The Gunners kept applying pressure with impressive victories over Manchester City and Chelsea, but were inevitably hampered by poor showings against West Brom, Newcastle and friendly neighbours, Spurs. By the end of February, Fergie and the boys were 4 points clear of their North London rivals (and a whopping 15 of Chelsea).

Meanwhile, down Upton Park way, West Ham’s faithful seemed to be devising a new anti-Avram campaign every other week. The Hammers remained grounded at the foot of the League Table for the vast majority of the season and despite a mini-resurgence that stemmed from their proud Carling Cup run at the turn of the year, the Londoners were all but destined for the Championship when Gold and Sullivan stuck to their guns and allowed Avram Grant to stay in the hotseat. A lack of firepower and a shoddy defence did for them and the gaffer seemingly found it physically impossible to inspire an improvement. Other than that, all was rosy at The Boleyn Ground.

At the beginning of March, Chelsea met Manchester United at Stamford Bridge for their first League encounter. Although trailing at half time, Ancelotti’s team rallied to salvage a 2-1 victory that seemed to throw an entire toolbox into the works of United’s march to the title. Another loss to Liverpool and more dropped points at plucky Newcastle slammed the breaks on their inexorable charge. But Arsenal, determined not to be outshone in their ability to capitulate in the run-in, also found themselves with just one win in their next seven matches. A fatal blow; Wenger’s challenge was over. The champions though, by late April, were within three points of the leaders, with a game still to come at Old Trafford…

But United’s summer signing, Javier Hernandez, wasn’t in the mood to lose. His goal in the opening thirty seconds of that title decider all but sealed the League for another year. Fergie had once more wrested the crown from Chelsea and United became the first English team to win a 19th top flight trophy, usurping Liverpool’s previous record. I don’t get the impression we’ll be allowed to forget that anytime soon.

This is why I love the Premier League. I mean love it. Where else would you find such a fantastically branded finale to the season? Great use of alliteration there. Anyway, 2010/11 ended in the usual, (but certainly never boring), flurry of tears and ecstasy. Wigan and Wolves completed their Great Escapes in the most dramatic of fashions, on an afternoon where four teams found themselves in immediate danger of joining West Ham. Carling Cup holders, Birmingham, suffered the heartache of a one point deficit over Mick McCarthy’s men, while Blackpool found their first season in the Prem one step too far. Ian Holloway’s swashbuckling approach to the game is commendable, but the likes of QPR, Norwich and Swansea should ensure they use the Seasiders as a model in progress, if they hope to survive the rigours of the League next term. West Brom, after a shaky start with Di Matteo, achieved a magnificent 11th placed finish beneath the steady hand of Roy Hodgson – an incredibly underrated coach – while Newcastle’s first season back proved successful under the guidance of Alan Pardew. Fulham too will be proud of 8th and will surely miss Mark Hughes, as his search begins for pastures new. The Europa League spot was eventually decided between Spurs, who miss out on another season of Champions League football, and a resurgent Liverpool. Although ‘Arry secured the somewhat dubious position, its Kenny Dalglish’s Liverpool that I’m tipping for a big season next term. I’m not saying a title leveller with United is on the cards, but expect the team from Merseyside to be reinstated as a top four challenger, as the Scot looks to lay the foundations for future success.

Let’s not forget, for all the money of the Barclays Premier League, this tournament may still grant the most famous domestic cup of them all. And this year proved equally as memorable, serving us up some mouth-watering ties, such as the likes of Man. Utd-Arsenal and City-United. It was also a good season for the minnows of the lower leagues, especially for newly promoted Crawley Town, whose efforts were rewarded with a fifth round glamour tie at the Theatre of Dreams. A tightly fought 1-0 loss only boosted their profile. But, on the very same day that Manchester United mathematically secured the League, Mancini’s City ended their 35-year trophy drought with a win over Stoke in the traditional Wembley showpiece. Perhaps slightly overshadowed by his rivals’ achievement, the Italian’s victory is still surely the clearest sign yet that City are the rising power in European football. The current crop has had one more year’s worth of experience as a squad and the results are there to be seen, in that they finished as the League’s in-form team. Their 3rd placed position also guarantees that coveted spot in the Champions League group stages, which will surely seem an attractive prospect to more of the world’s top players over the summer, money no object. Is it too late to change my ‘team to watch’ for next season…?

And so we return to the familiar territory of Europe’s elite competition. It’s a shame that, in my opinion, this edition failed to live up to the drama of its predecessors, but without a doubt, my lasting memory will be of Barcelona’s mesmeric performance in the season’s climactic conclusion. I really believe I’ve exhausted my vocabulary bank in describing the Catalans, so I think all I’ll say is this: in twenty, thirty or forty years, I guarantee football fans across the globe will be reminiscing over this side. To the younger generations of today, this is our 1970 Brazil team.

Which means the unenviable task for the likes of Sir Alex, Mancini and Mourinho this summer is working out how to stop them. After all, a side that makes their nearest challengers, the English champions, look as talented as Mr Scholes did in the tackle must mean there’s some catching up to do. No doubt United will come again, as the reconstruction job continues at the home of the new title holders. Perhaps Fergie’s biggest decision will come in the shape of his new goalie. As the old saying goes, ‘you don’t win nothing without a class keeper’. Chelsea’s main priority, on the other hand, is finding themselves yet another manager, before the next splash of cash on foreign talent. Midfield creativity is surely what they currently lack, the ability to pass a defender and maybe feed a ball into the feet of Torres so that we can all have a jolly laugh when we’re feeling down. Another trophyless season at Arsenal will surely, surely mean that Wenger will spend on some better defenders. A gritty, Vieira-esque midfielder would also take them that much closer to success.

Plenty of questions to be answered in the coming months then, as we all try to occupy ourselves with the handball or the snooker or something and fantasize over the barbie about our teams’ destined glory next season. At least football will still be in the news, as the world continues to roll its eyes at the farce that is FIFA.

For now, I doff my proverbial cap as the curtain finally falls. 2011/12 has some act to follow…