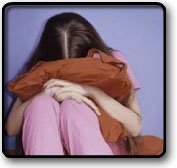 ‘Cancer is everyone’s problem, everyone is the solution.’

Age five and you look at the world through a magnifying glass, everything is big and exciting and you want to grab it all in your tiny little fist.

You’re a beautiful butterfly trapped in a cocoon and you’re dying to escape, to fly away from all the things that hurt and that your young mind cannot fully understand.

You’ve already had to endure more than the average five year old and your childhood has been snatched away from you, in events beyond your control, each time you blink, you can see a year disappear.

Now a young head on old shoulders you bear the brunt of other people’s mistakes and blame yourself for all the scars that you hide inside your heart, only materialising as tears on your pillow. The stars which used to shine in your eyes now are blurred by tears and all the wishes that you made you no longer will believe will come true, as though they have been snatched away from you and buried in a box out of your reach.

You stopped counting the stars long ago when you realised the world wasn’t something you wanted to hold in your hand, but to throw into the deepest, darkest part of the ocean, where all its poisons would weep into the blue and you wouldn’t know what it was like to hurt so bad inside you thought your soul must be black from the inside out.

Too scared to let anyone get too close or to let anyone in , you can’t love someone too much because you always manage to lose them, or they get taken away from you for all the bad things you think  you’ve done. Even though you’re sorry, you don’t know how to take the bad things away and make the people you love come home and come back to you.

Time gets older and you wish you could remember all the things you’re starting to forget, but it’s like trying to hold cupped water in your hands, the harder you try, the more the memories trickle through your tiny fingers.

She was only five years old when she lost her step father to cancer, and she learnt that as time passes, you never get over it; you just learn to live with it.

He would look at her and sigh with a twinkle in his eye, failing in his attempt feigning exhaustion. ‘Alright, alright, last one’, he’d grin and reach over to grab yet another rainbow comic from the rapidly growing stack next to her bed. He’d lick his thumb and flick through the glossy technicolor pages until he came to the page he knew she loved- the puzzle page.

She’d look up at him and giggle as they sat together, thick as thieves, doing the ‘red lorry yellow lorry’ tongue twister and pointing to laugh at each other when they inevitably became tongue-tied, or when they would try to pat their heads and rub their tummies.

Sitting like this, she truly thought her happiness was complete, glancing around her room, the Beatrix Potter transfers carefully positioned all around her utopia. A brightly coloured Thomas the Tank Engine poster gracing one side of the bed and a Rainbow one the other.

She could not imagine anything that could penetrate her bubble of happiness, sat here in this safe haven with her mother downstairs cleaning up or smiling contentedly to herself, knowing how long her husband would sit at the foot of her bed reading to her daughter.

Finally, once their giggles had subsided he’d cock his head sideways and look at her, ‘Ok, it really is bedtime now’, and even her pleas of ‘Ohhhhhhhhh pleeeeasseeeeee one more story!’, couldn’t shift him from leaning in to kiss her goodnight.

His ginger beard would tickle her chin and forehead as he planted a kiss on the top of her head, his flop of red hair contrasting against her own pale blonde. She would throw her arms around his neck and squeeze tightly just for a moment, so that his warmth would settle over her body as she curled into sleep.

The bed springs would groan as he slowly rose from the bed and tip toed across the spongy carpet towards the door; glancing back he’d smile as she’d shout after him to remind him to leave the door open. She was always afraid of the dark, of being shut in, of being alone.

Their house wasn’t very big, it was basic and simple, but it protected a loving family, which gave it the warmest feeling from the inside out. It didn’t matter that they had a small garden, or that they only had one small car, what mattered was that they were a family, and that they were all together. Having already had so much disruption in her young life, this was exactly what she and her mother both needed, to feel safe and settled, and loved again.

Her parents had divorced when she was just 18 months old, after a long and bitter marriage, her father’s sadist attitude and sick sense of humour finally took their toll and her mother decided enough was enough, so she saved them both by starting this new family which she knew they had been meant to discover all along.

In the happy new life that her mother had created for them, no outside forces could disrupt the warmth and happiness that was within.

That was until the diagnosis.

He began walking oddly, like the cowboys in the games they used to play together, and found it hard to stand upright. Just like the Crooked Man she would think to herself as he would wobble and lean against the door frame to stop himself from falling.

Sometimes he wouldn’t come and wake her up for breakfast in the morning anymore and make her her favourite jam on toast with the jam spread into a smiley face on the bread. Other times, he wouldn’t get up at all.

She watched as her mother began looking tired all the time, often catching her wiping away the tears when she thought no-one was watching. Her mother didn’t want to play anymore either, but she would often pick her up and just hold her close.

Her mother didn’t sing songs anymore, as though some yet unknown sadness was constricting her throat and wouldn’t let the sounds come out. She wanted to be good, to help her mother, but she didn’t know how to fix what had gone wrong.

One day, neither of her parents came in to wake her, and that was when she knew the storm that had been brewing had thrown them into the midst of the tempest.

Pulling on her Sooty jumper and pink jeans, she tentatively wandered out of her room and stepped out into the hallway. She couldn’t recall when silence had been able to speak such frightening volumes. Tip toeing down the stairs, the silence was louder still and every step on the stairs seemed to echo around the house.

She could hear voices from somewhere and she wondered whether or not there really was a man living in the attic as her step-father had often joked. Reaching the bottom of the stairs, she entered the kitchen and saw her mother, red-eyed and sobbing over the kitchen table. Seeing her enter, her mother rushed over and picked her up, hugging her close to her chest as though trying to merge their hearts together.

That was the moment that she knew, things were different.

The voices slowly got louder and still held in her mother’s arms, she was carried towards the hallway where she saw her step-father, unrecognisable, covered in a white blanket and being held on a stretcher by two men wearing bright yellow jackets.

He vainly raised his head from the stretcher as they passed and managed the tiniest watery smile as he waved and then disappeared through the front door.

Puzzled, she turned to her mother and asked tentatively, ‘mummy, when will daddy be back?’ Looking back deep into her eyes, her mother’s filled with tears and let her sorrow fill the gap between them.