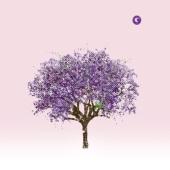 Best Tracks: Spectacular Girl; What I Have To Offer; The Man; Mystery Of Life
Rating: 9.5/10

Tomorrow Morning is Mark Everett’s third and final instalment in his ‘relationship trilogy’. Hombre Lobo (2009) focussed on raw passion, End Times (2010) was the break-up album, and Tomorrow Morning deals with love,  a subject Everett (aka ‘E’) has never really tackled in depth. The question every Eels fan will be asking, therefore, is: can E ‘do’ happy? I’m delighted to say that the answer is a resounding ‘yes’. Tomorrow Morning is not only E’s third album in an extraordinarily creative fourteen months, but also his best work in years. The lush melodies of Blinking Lights (2005) are intertwined with the experimental production of 2001’s Souljacker, all-the-while embellished with E’s typically stripped-bare soul-searching lyrics. If End Times saw E at his lowest ebb, then Tomorrow Morning sees him at his most positive, singing on Mystery of Life: ‘No more sorrow and no more strife, always some daylight following the night’. For those familiar with E’s life story, and the enormous personal tragedies he’s had to endure, this new-found happiness is as pleasing as Rocky Balboa  climbing to his feet to win the world title in Rocky 2, if you’ll excuse the analogy.

Putting sentiment to one side, Tomorrow Morning remains nothing short of brilliant. The music veers between the complex (Oh So Lovely) and joyously simple (I Like The Way This Is Going), but is always fascinating, engaging, and instantly likeable and accessible.

Whether you’re familiar with Eels’ previous work or not, this is a must have.