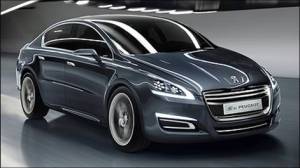 History tells us that the Germans find it hard to build a cool, small, urban supermini. They’ve had their shot at it; the 1960s saw BMW build the Isetta bubble-car but that was hopelessly outclassed by the original Mini, and Volkswagen in the 1970s unveiled the Polo; thoroughly dependable but not what you’d call cool.

A-ha, you’re saying, what about the Beetle? That was cool, wasn’t it? Sorry, but no, the Beetle was bad in every conceivable way, and it was only the hippies who made the Beetle cool and that is hardly an endorsement is it?  And I fear that is the reason why the Audi A1, which I reported upon last week, won’t be a major success – and that is because it is missing that certain something that makes a good, small, urban car into an excellent one. It is something that is almost impossible to describe, something that BMW had to buy MINI in order to achieve.

But the MINI’s coolness was always in conflict with what it was purporting to be. Ever since the new MINI’s birth in 2001, it has never fully convinced me, for I can’t help but think that it is a German in disguise. It may well be built in Cowley, Oxfordshire, and it may artfully dance between the nostalgic and the kitsch, but it just reminds me of the Vulgarian spies in Chitty Chitty Bang Bang who wear tweeds and morning suits. Almost British, but not quite.

Perhaps that special something that makes a good car into a cool one is for a car to exhibit flair and to be true to itself, and that something is the thing that the French can do so remarkably well. They’ve been making small, cheap, city cars with that certain something for years. For example: the Renault 5, the Twingo, and the Clio; the Peugeot 205, 106, and 206; and from Citroen: AXs, Saxos and C2s. These just trip off the tongue. It must be more than French chic, because a tatty Peugeot 206 still looks as good on a council estate in Preston as it does on a boulevard in Paris. Well; almost.

However, with all this talk of being ‘true to oneself’ this article is starting to sound like one of those magnetic bookmarks you find in cheap card shops which gives you the origin of your name. But I really do think I am onto something here. Some of the very best French cars have flown in the face of convention and are effortlessly cool because they are French and proud of it. Again, so many examples come to mind – perhaps the very best is the Renault Avantime of 2001.

Look quickly and you could have mistaken this for an ordinary MPV people-carrier, however, it only had two doors, fours seats, and came in two-tone colour combinations. Look closely and you could spot typically Gallic styling cues from the ornate Versailles Palace interior, to the geometric, Eiffel Tower-like roof line. This was France.

It was of course, a complete flop. Only 447 Avantimes were ever sold in Britain, and after only two years even the French surrendered and axed it. But this wasn’t the point. Anyone who owns a French car (and I am one of them) will tell you that you don’t buy a French car because it is sensible, or a head-over-heart choice, you buy one because it is bizarre, and you drive around telling other people that you place form, style and coolness above function, duty and rationality. It’s cool and effortlessly so.

And this has all come about due to the recent unveiling of a new French concept car: the ‘5 by Peugeot’. Here is a car that promises, according to the press pack, to “create an overall effect of timeless, exclusive and modern design”. Its dramatic styling echoes the recently shown SR1 concept car, and ditches the recent styling trend of grilles that were big enough to eat children and large cats. Improved build quality is also expected and, under the bonnet, will be a clever new 2.0 diesel engine, which will be mated with a four-wheel-drive hybrid motor producing 200bhp and 73mpg.

Yawn. If you get past the marketing drivel of the press pack and the pomposity surrounding the name, this is the new 508 and will replace the 407. It will be the French manufacturer’s offering into Europe’s most competitive car segment, and will be the car that hopes to turn around the marque’s recent laissez-faire attitude; this car has to do well.

However, I fear that the new 508 will fade into the current range of Peugeots, and this is largely due to the way it looks. The swooping lines that culminate into a nicely squared-off bottom look superb… but it looks too German. This car’s sister, the Citroen C5, made a big deal about it being German when it was launched a few years ago, despite the fact that it was French. And Peugeot also seems to have the same identity complex, for this car could easily be the next Volkswagen Passat. There’s even a bit of Vauxhall Insignia in there too.

In a segment where a customer can choose products from Audi, BMW, Mercedes-Benz, Volkswagen, Ford, Vauxhall, Alfa Romeo, Volvo, Saab, Toyota, Honda, Renault, Skoda, and even a host of Koreans and Americans, the Peugeot will have a very hard time. For someone not to choose one those aforementioned cars, the Peugeot has to be different and typically French. I’m not saying it needs to have a sunroof in the shape of the rose window in the Notre Dame, or be fuelled on a couple of bottles of Burgundy, but it needs to be quirky and different enough to persuade you from the conventional.

The Geneva motor show has begins on the 4th March and runs to the 14th. Already causing a stir is the Seat IBE concept, the first all-electric car from the Spanish maker. Powered by a 102bhp motor, the electric two-seater showcases the way forward for Seat.

Geneva has given Europeans the first opportunity to see the new Ford Focus and its large family. First shown at Detroit in January, the new Focus has already created excitement but its Focus Estate, Focus C-Max and Grand C-Max siblings has just added to the thrill.

Skoda Fabia vRS
Not only is a face-lifted Fabia all set to appear very soon, but the model we have all been waiting for – the hot vRS – is coming soon too. In an attempt to boost the sporty model range’s image, the Fabia vRS was unveiled at Geneva in a unique shade of metallic green. Despite its Polo GTI underpinnings and the GTI’s new 1.4 TSI 178bhp engine and seven-speed DSG gearbox (as reported last week), the Fabia vRS is expected to cost about £2000 less than its Germanic brother, if rumours are to be believed.