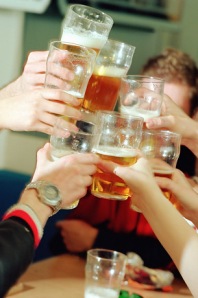 “At 12:30 last night, I was carting about a hundred beer bottles up to the end of the garden”, a student from Winchester University said of this week’s inspections of university managed housing. These extreme measures are being taken up and down the country, with every university doing it differently. Plymouth, Bristol and Winchester, for example, have one every term, while others such as Kingston University in the Greater London area has inspections as often as weekly.

The students are required to live by a set of standards, including having no posters on the walls, no washing up on the side or even draining and they cannot even have a window open if they are not in the room. By anyone’s standards, this is hard to live by. “I often have lectures back to back and don’t have time to wash up before I leave”, a student from Exeter complains. And in Kingston, London a student finds that “it gets so hot, you want the windows open all the time” and each resident of the flat is given a job to do by the university, such as cleaning the microwave, and they will be fined if it is not done. “It is like being home with chores to do”, and some universities even fine for stains from leaks that could not have been avoided by the student.

It is understandable that they want to protect their accommodation from being wrecked, and it is true that some students need the extra push, but we came to university hoping to learn for ourselves how to be independent, rather than to live by someone else’s rules. This lack of trust only serves to make students less willing to bother, with the threat of a fine being the only incentive. The students are often less willing to put the work in because the houses of are sometimes of such a low standards to begin with, with problems such as overgrown outdoor areas, damp problems, bad guttering and plumbing, heating and appliances that frequently go wrong.

Until universities feel that they can trust students to look after themselves, they will never learn to manage their own houses.